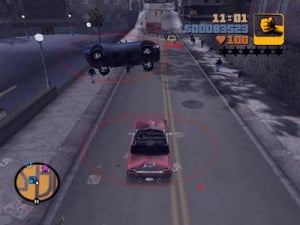 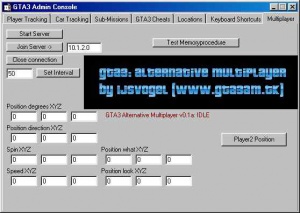 In February 2003, IJs (formerly known as IJsVogel), founder of the project, was searching for a trainer for GTA3. He stumbled upon the GTA3 Admin Console[2] and its source code. When looking through the code he found a way to read all the data from the previous used car, and he decided to synchronize this with two computers over a network. The result of this was the creation of GTA3:AM, less than an hour later. 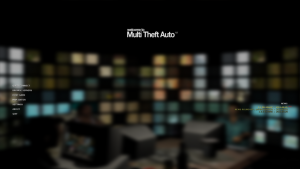 MTA:San Andreas Deathmatch Developer Preview 1 was the first release that featured on-foot synchronization for San Andreas. The name deathmatch refers to the ability to shoot with weapons and get on-foot unlike the race version. The tag deathmatch has been dropped in later releases because this version allowed customized gamemodes with LUA scripting and confused people. While the first 5 releases were called 'Developer Preview' it was very popular.

On that day, at 17.30 UTC we had over ten thousand concurrent players online on all MTASA servers around the world. That was more than the number of players combined playing GTA4 and EFLC on Steam at the time, or other hit titles such as Call of Duty: Black Ops or Total War: Shogun 2 (according to Steam Stats). This shows, that after all these years there is still a lot of interest in the older GTA games, especially the will to play them online with friends. This also shows that you guys appreciate what we do, and that makes us very happy! The current record is 11128 concurrent players, set on 22nd December, so there is still room to improve.[4]

GTA3:MTA was originally named GTA3:AM (Alternative Multiplayer) But since there was no other multiplayer available this could hardly be an alternative. It started out as a two player system with the so-called previous-car-method. Before going to MTA:VC there were 3 versions released. 0.1a and 0.2a only supported the previous-car-method, whilst 0.3b was more advanced and had a lot more synchronization. These original versions were written in Visual Basic. The 0.3b server however was made in C++ and was available for Win32 and Linux.

The GTA3:MTA series was discontinued until the latter half of 2004 when it was picked up again with MTA 0.4. Support for GTA3 was later improved in version 0.5.

It has been said many times that GTA3:MTA was based on code left behind by Rockstar, the developers of GTA3. Even though there is left-over multiplayer content in GTA3, none of the code left behind was used for MTA.

When Vice City was released it didn't take long before the MTA project switched to this new game. GTA3 was dropped for the moment and development focused on Vice City. We also took this opportunity to start our codebase from scratch, this time completely in C++. It wasn't until version 0.2 that we could see major improvements. 0.2 was the first version to feature a new chat box system and score board. Later versions of MTA:VC had mixed results. Some people still prefer the gameplay from 0.2.2 or 0.3. Some call the latest version (0.5) a failure. In February 2005 MTA 0.5.1 preview was shown to the public, addressing known issues and adding new features.[5] 0.5.1 was never released.

In late 2003 a spin-off project was launched codenamed Blue. The goal of this project was to try out new ideas and then backport them to the current codebase. Due to the "ugly" coding of the MTA:VC codebase it was decided that there would be no backporting and that the Blue codebase would form the basis of a new MTA project that, when finished, would be easy to adapt to new games. Initially set for Vice City, the development didn't pick up pace until San Andreas was released in June 2005. MTA:SA is built upon the Blue project. The concepts used in this project also make it possible for user add-ons to be added to the game, and therefore a decision was made to not simply create a multiplayer mod, but rather a multiplayer-enabled Software Development Kit (SDK).

The first release of MTA:SA incorporates only vehicle synchronisation. The team has decided to start once more from scratch and build a modular codebase. Another decision made was to focus on one area of the game at a time and release when that area is completed. Therefore the first release will only feature gameplay in cars. Also a basic map editor has been added. Even though there is no on-foot sync like with GTA3:AM, there is no comparison between them on a technical basis.

On Saturday, 22nd of August, 2009, Multi Theft Auto: San Andreas v1.0 was officially distributed as the first open source release. This release abandoned the now obsolete "Deathmatch" tag in the product name to emphasize on the versatility of the software. Gameplay functionality is solely provided by the scripting language, so users can choose or develop their own combination of scripts and other contents to customize and host their own type of game.