Difference between revisions of "MTASE"

MTA Script Editor is a tool for Lua scripters. What we are aiming for is to speed up process of developing resources. We thought that process of creating new resources and testing them is, let's be honest... a pain in the ass. Management of the resources is a bit annoying sometimes. For instance, if you want to add a new script file to your resource you have to create it and add path to it into meta.xml, it happens that you forget about adding the file to meta.xml and you end up being surprised that your script didn't work at all. We wanted to do something that would speed this up so you could add a new file within a few seconds. If you use custom sounds, you can preview them within Script Editor just by double-clicking it in the resource explorer. We are aiming for something that reminds Visual Studio IDE.

We have been working on this tool for long but we had a long break due to lack of time and now I'm the only one working on this because education is more important than "having nice time". Even though I'm working alone we are progressing smoothly. Currently we have implemented the followings: 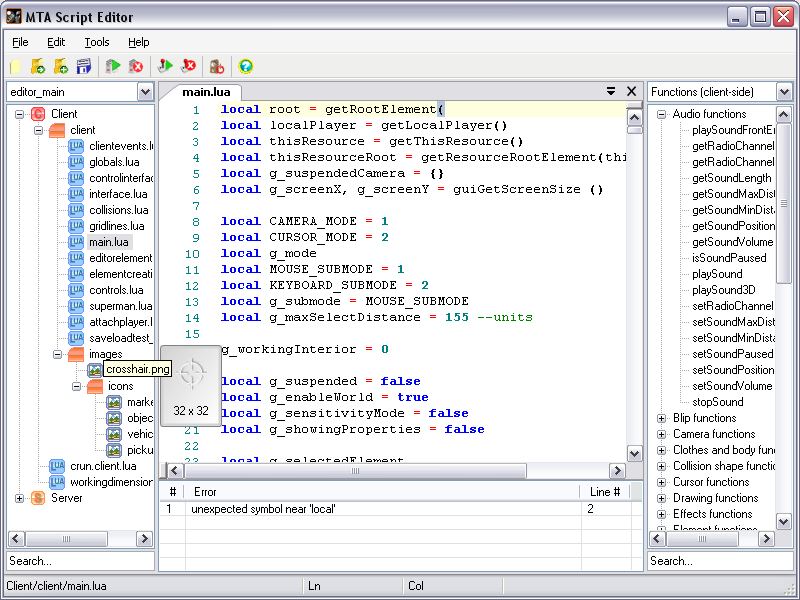 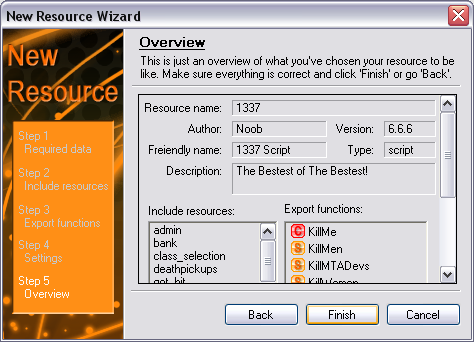 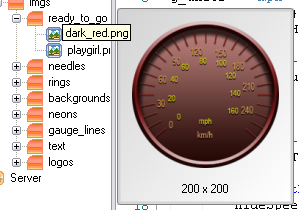 (screenshot show an example of exported function that in meta.xml looks like the following:) 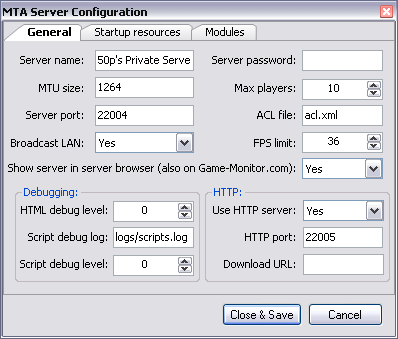 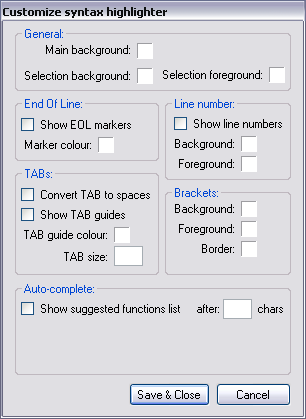 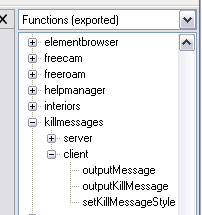 As you can see we want to simplify resource development and it seems to look pretty nice but we are still in development. There are some good key features that would attract you as a scripter. While we are still in development we wanted to ask you what you think about this tool and what would you like to see included in the release (do not ask when! we do not know when). Any suggestions? You're welcome to suggest some features and if possible we will do our best to implement it.

To download the tool go to our thread on MTA forum HERE. That thread is updated frequently.

File name: 'irrKlang.NET2.0, Version=1.1.3.0, Culture=neutral, PublicKeyToken=a854741bd80517c7' ---> System.Runtime.InteropServices.COMException (0x800736B1): This application has failed to start because the application configuration is incorrect. Reinstalling the application may fix this problem. (Exception from HRESULT: 0x800736B1)

This message appears most likely for Windows XP/Vista 64bit users. It may occur on 32bit OS if that machine doesn't have .NET 2.0 SP1 installed.

There is only 1 known way to solve the problem...: Make sure you have .NET 2.0 SP1 installed, if you don't have it you can download it from Microsoft Download Center.

The reason why this window comes up should be explained in the message. It's most likely that your meta.xml has the following XML declarations:

.NET 2.0 XML parser doesn't like not "well-formed" XML files, so you may get different messages with different meta.xml files.

Not able to save file

If you can't seem to be able to save a file that's probably because you created a new file and the file wasn't added to any resource. This is a bug and will be fixed.

If you have too long line and you paste some code on it, you may get a problem of not being able to scroll to the left (beginning of the line). This is problem with 3rd party library MTA:SE is using. It is not going to be fixed by its author (he's inactive for over 2 years now) and it's hard for us to find what is causing it. In fact, I was also given a link to another nice syntax highlighter library which I may use in the future. I hope this one doesn't have that problem. If you encounter this problem there are a few ways to get to the beginning of the line.

We have an IRC channel on GTANet.com network which you can join, ask questions or even give suggestions. The channel name is #mtatools. You can also find us on MTA forum